Keith R. Mitnik was born in Eustis, Florida in 1959. He graduated from Eustis High School in 1977, and from UCF Magna Cum Laude in 1981 with a degree in Allied Legal Services. He graduated from FSU Law School with honors in 1984. Upon graduation he was selected to train under one of the premier Trial Attorneys in Central Florida. Within two years he was named a partner by his mentor. He remained in the firm of Robertson, Williams, Mitnik and McDonald until 1992, when he formed The Law Firm of Peed and Mitnik. In 1997 he joined the Law Firm of Morgan & Morgan and is now one of the owners.

Mr. Mitnik is Senior Trial Lawyer for Morgan & Morgan and is designated to assist other members of the firm on their trials. As a result, he tries a large number of cases every year.

He has handled many high-profile cases and has been interviewed by Mike Wallace on 60 Minutes. Over the years, his list of clients has included judges, elected officials, law firms, and world-famous musicians. He has handled such high-profile cases as the suit against Britney Spears by her former manager; the suit by the Backstreet Boys against their former manager; the suit by Harlem Globetrotters legends, including Curly Neal and Meadowlark Lemon, against The Harlem Globetrotters; the civil suit against Casey Anthony; and the “Tailwind” case against CNN and Time Magazine (one of the leading defamation cases of the last decade). He has been honored as a member of the Florida Legal Elite, Florida’s “Super Lawyers,” Best Lawyers in America (2013 Lawyers of the Year), and Martindale’s Bar Registry of Preeminent Lawyers.

He is a frequent seminar presenter for plaintiffs’ lawyers in Florida and across the country, sharing his cutting edge lawsuit strategies. 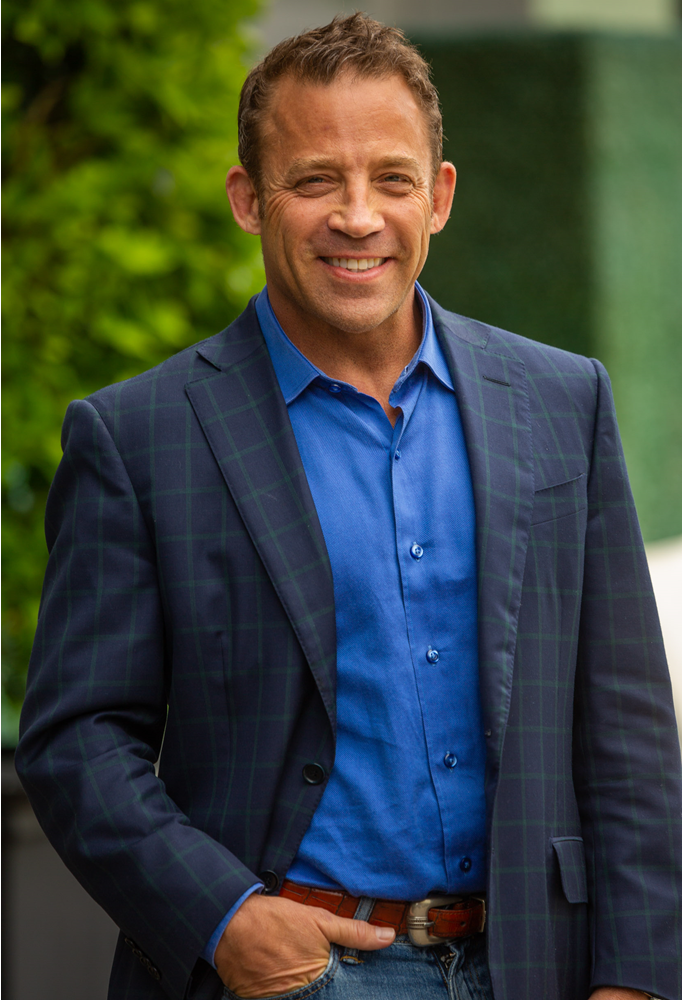 Kyle Sherman’s first exposure to great trial lawyer skills was while working for famed criminal defense attorney Roy Black in Miami, Florida. After turning his focus to Civil Plaintiff work, he graduated from the Gerry Spence Trial College, having been voted class representative and serving on the F Warrior Board for three years.

Kyle was a founding instructor of Trojan Horse Method and Trial Structure, where he has taught, presented and consulted across the country for several years.

When he is not helping other lawyers get better, he runs his plaintiff firm in Lafayette Louisiana as a partner at Brandt and Sherman, LLP.

Kyle’s is a Master Horseman, which he credits as teaching him patience, and a Black Belt in Brazilian Jiu Jitsu which teaches him to be comfortable being uncomfortable. 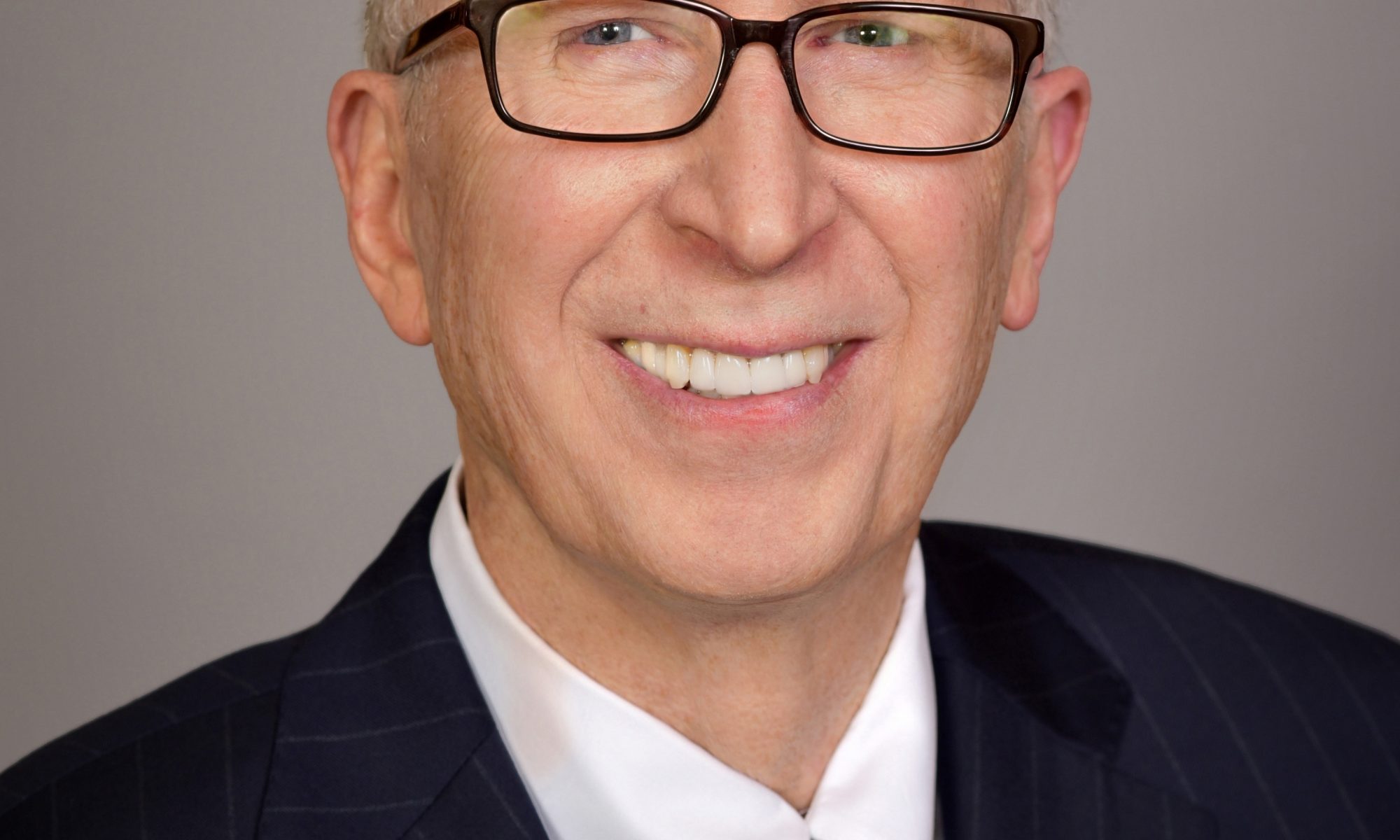 Randy Kinnard has tried over 260 jury trials for plaintiffs. He represented television personality Erin Andrews in her case against a hotel in Nashville for breach of privacy. The jury awarded Erin $55 million. He has won many multi-million dollar verdicts and has set jury verdict records across Tennessee.

Before he became a lawyer, Randy served in combat in Vietnam in the 173rd Airborne Brigade. He was awarded the Vietnamese Cross of Gallantry, the Bronze Star for Valor, Purple Heart, Combat Air Medal, and other combat medals.

Randy serves on the boards of several non-profits in Nashville, Tennessee. 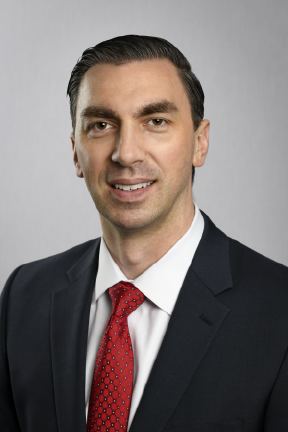 Trial Structure’s Charles Bennett is both a trial consultant and personal injury lawyer for all types of catastrophic personal injury cases, such as wrongful death and traumatic brain damage, for trucking cases, car wrecks, premises liability, and workplace injuries.

In July 2021, Charles won a $325,000 verdict in a conservative county near Dallas, Texas on a contested red light, he-said-she-said case, with less than $40k in past medical bills and a last offer of approximately $19k. In 2019, cases Charles consulted on won over $35M in 8 separate verdicts. Recently, a case he and Trial Structure’s Ilya Lerma structured won a $39M verdict in a case tried by John Garner in Northern California 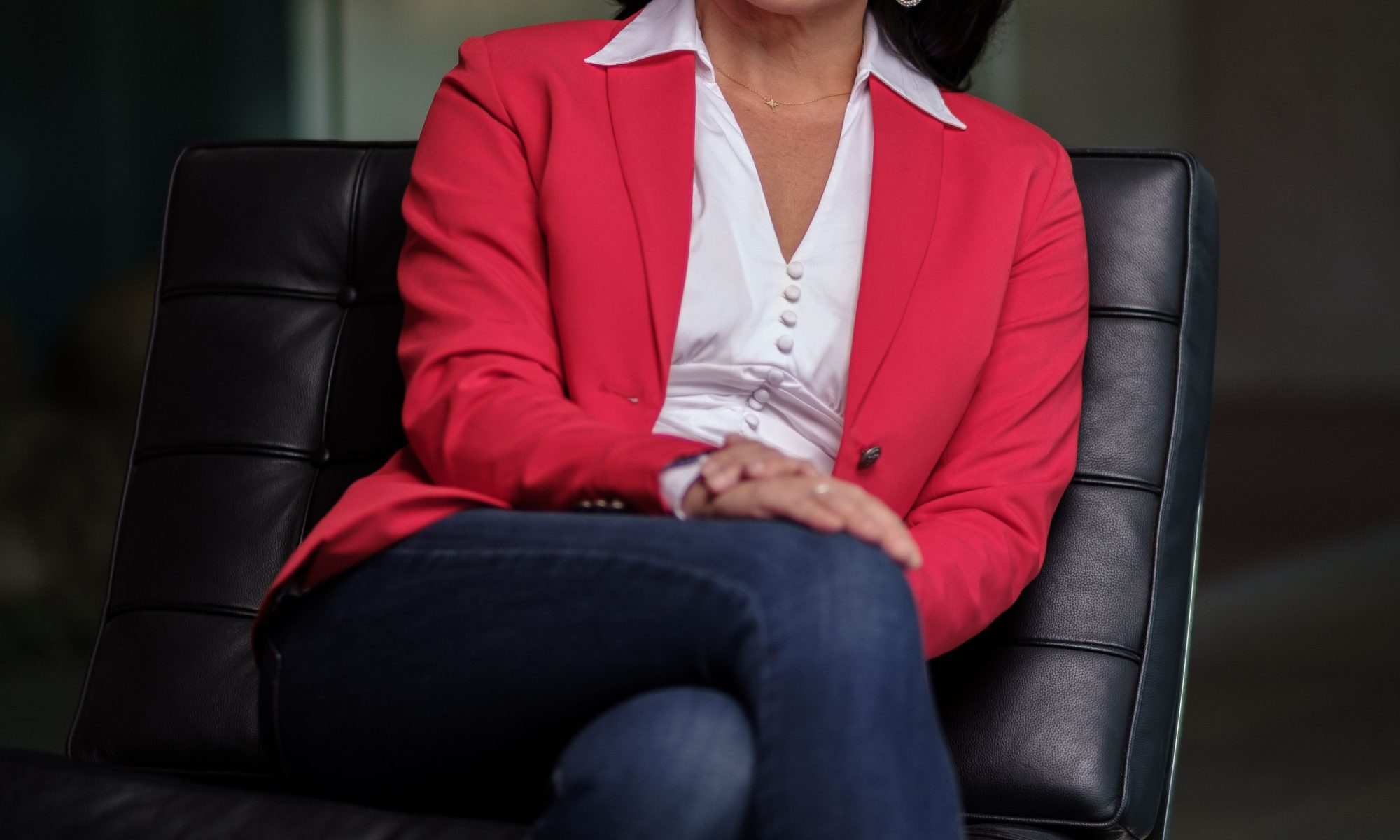 Ilya has consulted on some of Trial Structure’s most successful cases over the last few years. She routinely travels all over the United States to work with top trial lawyers on large, complex cases. 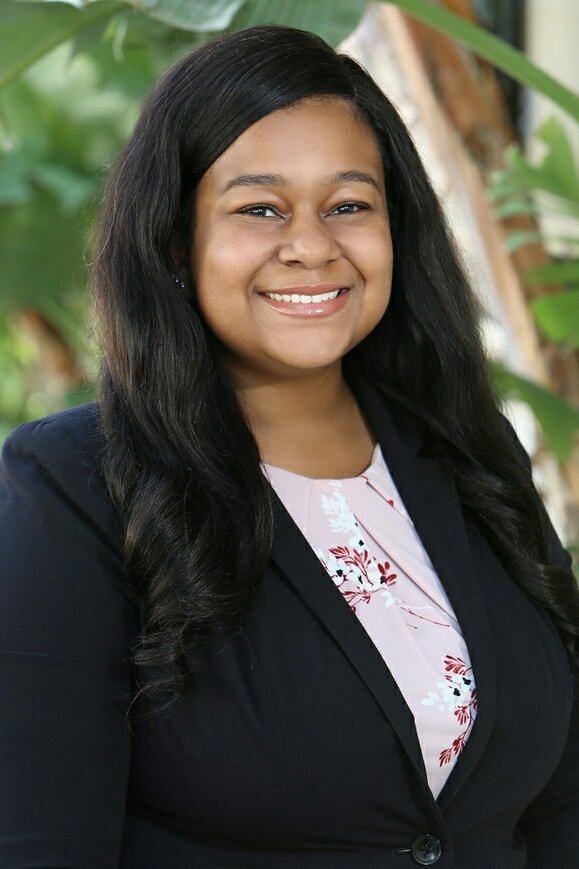 At Romano Law Group, Mikayla Taylor focuses her practice on representing plaintiffs in a wide variety of personal injury and catastrophic injury cases, including auto negligence, wrongful death, product liability, and medical malpractice. Before joining the firm, she gained invaluable experience working at both plaintiffs and defense firms. Ms. Taylor’s experience working for the defense, prior to joining the plaintiff’s side, enables her to provide a well-rounded perspective in her practice. Having been a plaintiff herself, Ms. Taylor brings a unique passion to her work in zealously representing her clients.

A double ‘Nole, Ms. Taylor graduated from Florida State University with a Bachelor’s in Criminology, prior to obtaining her Juris Doctor degree from Florida State University College of Law in Tallahassee, Florida. During law school, she held leadership roles in the Black Law Students Association and performed in the role of subciter for the Journal of Land Use and Environmental Law, all while heavily focusing her energy into competing on the school’s prestigious Trial Team.

Outside of her litigation practice, Ms. Taylor serves as a member of several bar associations in Palm Beach County, and in her free time, she loves to powerlift, play video games, and tackle escape rooms with her family. 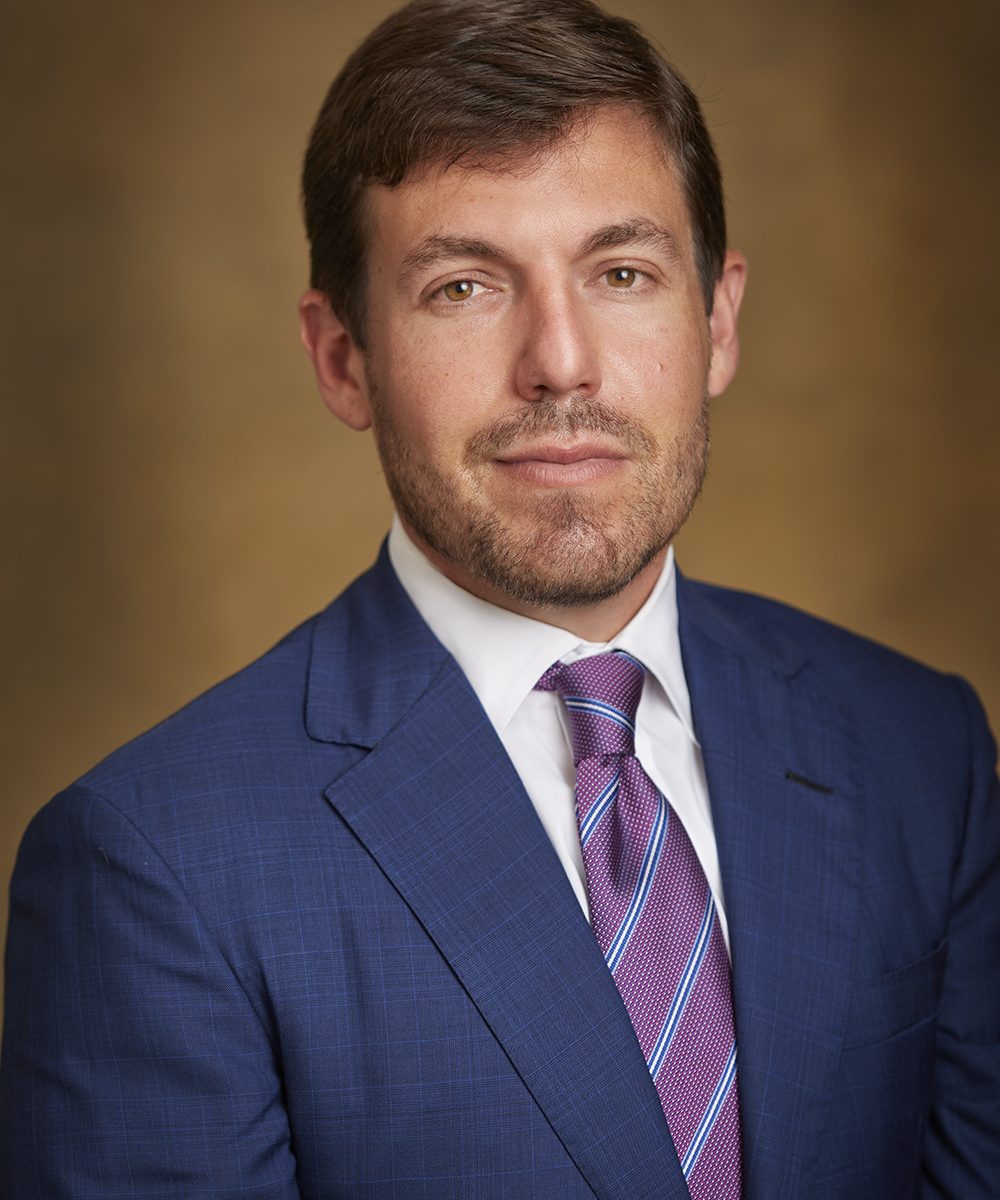 Kenny Berger has dedicated his professional life to protecting the rights, lives, and dignity of those who have been harmed. After studying at the University of Washington and Harvard University, Kenny returned to South Carolina to serve the state that helped raise him.

A graduate of USC Law, Kenny has been focused on life-changing injury and wrongful death cases since his first day in practice. He was recognized as a “Rising Star” by Super Lawyers from 2013-2018, and a “Super Lawyer” every year since. Kenny also takes pride in his firm’s “Giving (Every) Tuesday” initiative which has resulted in more than $250,000.00 in charitable donations over the last two years. 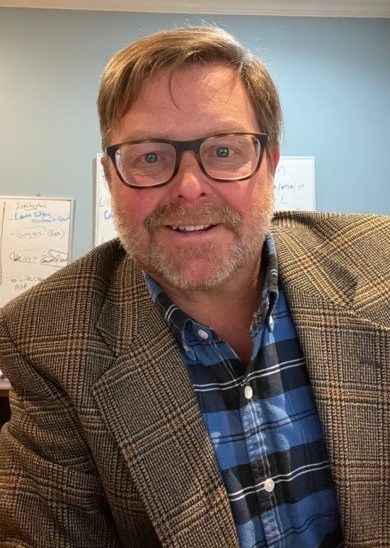 Wes developed these passions — and the tools to pursue them— during a career in journalism that spanned 18 years, in which he constantly strived to shine light and hold accountable those who claimed to do the people’s work. The recipient of numerous state and national reporting awards, Wes covered South Carolina local politics, government and crime before moving on to write about medicine and science, national politics, Congress and the White House.

He has also covered some of our nation’s biggest stories of the past two decades, including the war in Iraq, where he was embedded with an infantry unit of the 101st Airborne Division. His series on the politics of embryonic stem cell research earned the Scripps Howard Foundation’s National Journalism Award for Washington coverage.

Wes lives on Goat Island, S.C., with his wife, Lisa, and their two boys. The Allisons are parishioners of Christ Our King Catholic Church and are active in several community organizations. They enjoy fishing, boating and hiking.

Put Some Bite in Your Practice: An Introduction to Dental Malpractice, The Justice Bulletin (S.C. Association for Justice), Fall 2017 (with Justin S. Kahn).

Yard Sticks and Stop Signs: Making Your Case With Codes and Standards, The Justice Bulletin, Fall 2014 (with Justin S. Kahn).

Discovery and The Insurance Claim File: Facts Are Discoverable No Matter Who You Are, The Justice Bulletin, Summer 2014 (with Justin S. Kahn).

Who’s Afraid of the Reptile Motion in Limine? Educating the Court About Using Saftey Rules and The Role of the Jury, The Justice Bulletin, Spring 2014 (with Justin S. Kahn). 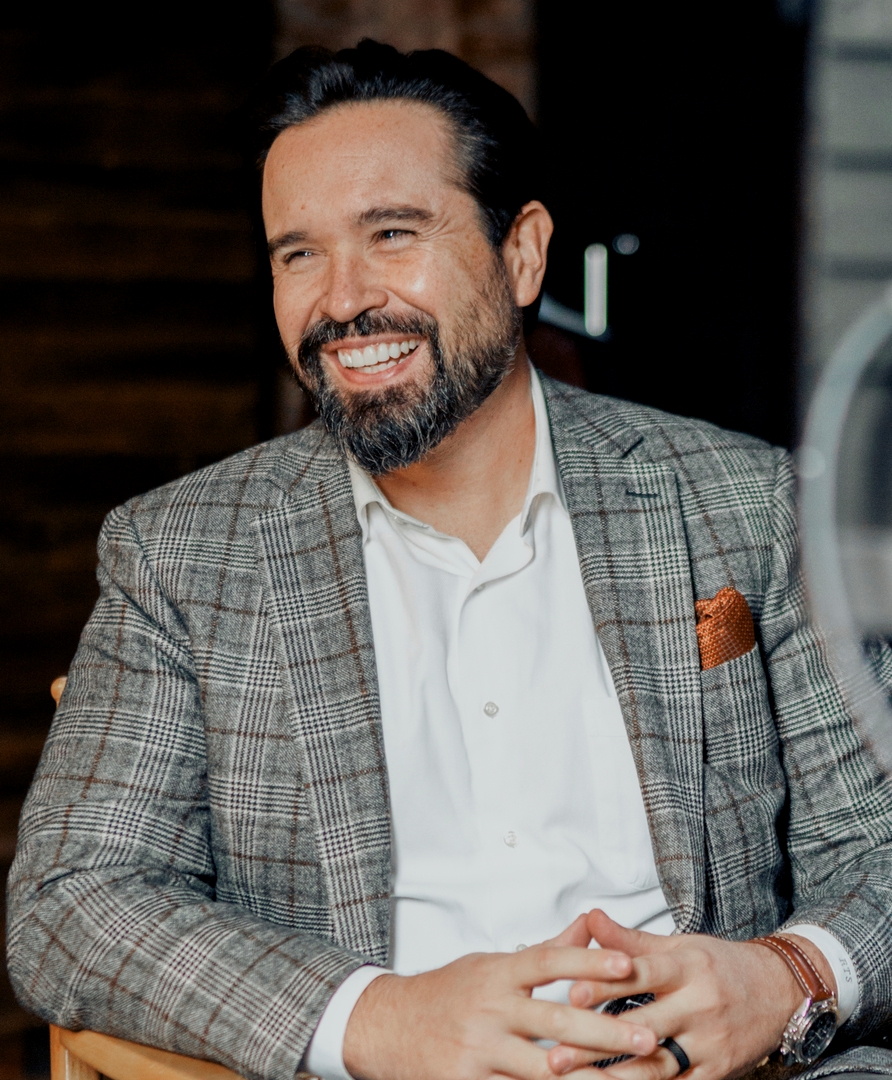 Robert Simon started his own practice at 29 years old. Now only 11 years later he has been voted Trial Lawyer of the Year by his peers in San Diego, Los Angeles, Orange County, and the State of California. He founded the Simon Law Group in 2010 aka the Justice Team, which consistently nets 8 figures in profit year after year.

Always known for finding and cultivating talented young lawyers, he took it to the next level founding Justice HQ in 2020. Always at the forefront of innovation, efficiency, and always known to be a good time, here is Robert Simon! Get your whiskey and soft pretzels ready and let’s listen! 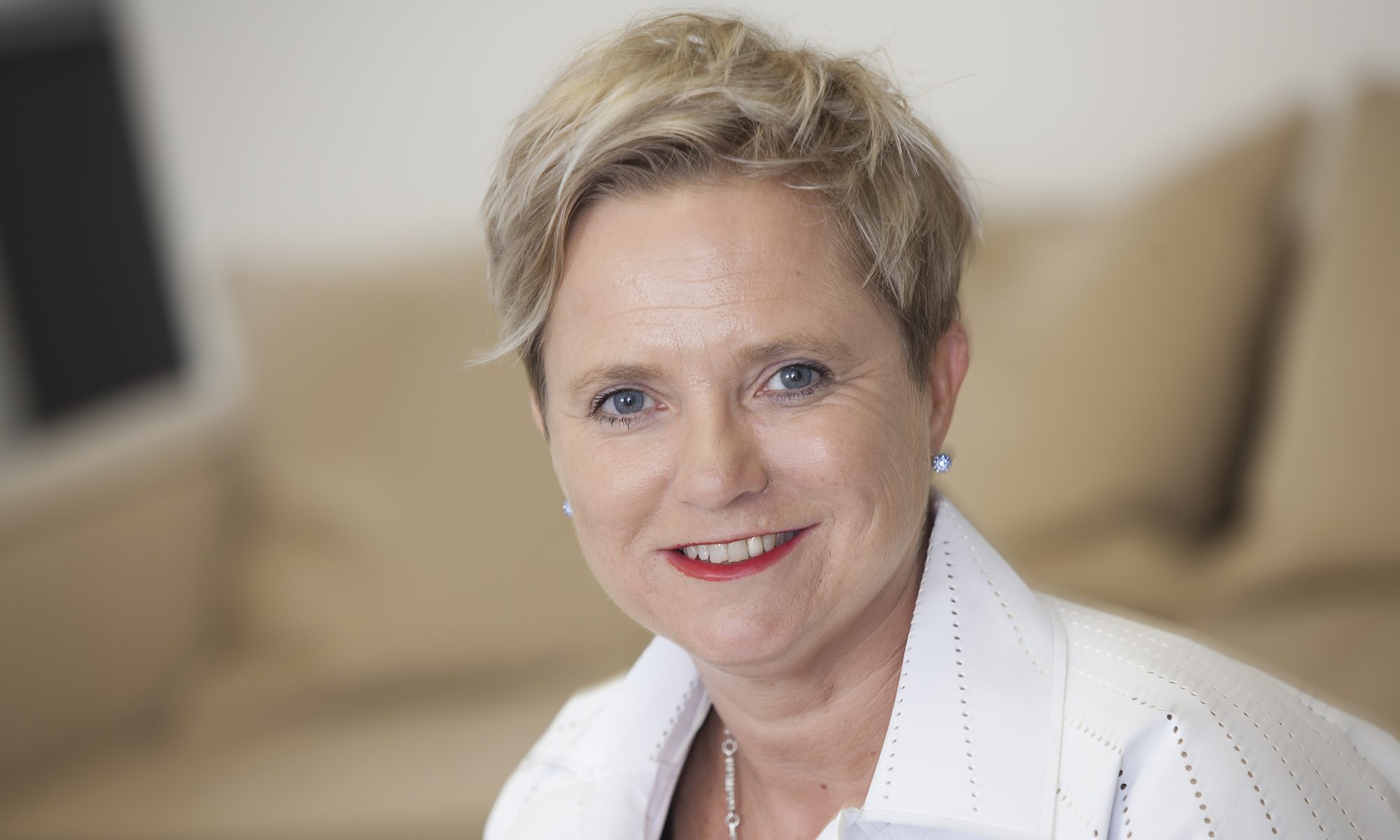 Susan Dunn is one of the most experienced and well-known professionals in the funding sector.
A pioneer of litigation funding in both the UK and internationally, Susan has been sourcing and
investing in litigation and arbitration for 20 years. During this time, she has provided significant input
to the development of public policy about funding in jurisdictions around the world.

Harbour funds a wide range of class actions and single cases. Funded cases range from equal pay
claims through mass torts, shareholder claims, patent claims, contractual claims and fraud. Funding
can be used both for case acquisition and the costs of running cases through trial. Harbour’s
minimum investment is $5 million in a single claim or group of claims. In light of their investor base,
there is no upper limit on what they can invest if a proposal is compelling enough.

Susan was a founding member of the industry’s self-regulating body, the Association of Litigation
Funders, and was appointed as its Chair in 2019. She is also a director of the International Legal
Finance Association formed in September 2020, of which Harbour is a founding member. Harbour has
over $1.4 bn in assets under management funding claims in 17 jurisdictions

Susan qualified as a solicitor in 1992 and has worked as a commercial litigator in both the UK and the
US, where she was also a diplomat (Vice-Consul Investment) for the British Government in Atlanta
1996-1999