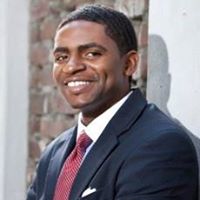 Chadrick Alexander Mance is founder of the Mance Law Group, the community’s law firm for the injured in Savannah, GA. He is the current NAACP President in Savannah and a talented trial lawyer who represents clients deceased or seriously injured in automobile accidents, in tractor trailer collisions, in construction accidents, by the negligence of physicians, by police misconduct, and by dangerous products. Mr. Mance represents clients across the state of Georgia.

In 2017, Mance lectured at the nation’s largest conference on dangerous drugs injuring consumers, Mass Torts Made Perfect. That year, Mance was and continues to be the youngest speaker invited to speak at this national conference, whose speakers include the best lawyers throughout the nation with multi-million dollar and multi-billion dollar verdicts.

In 2016, Mr. Mance served as President of the Port City Bar Association, Savannah’s prestigious African American Bar Association. Mance became one of the youngest to serve as president of this prestigious organization of lawyers. He was also parliamentarian of the Savannah Trial Lawyers’ Association and Chairman of the Savannah Section of the Georgia Trial Lawyers’ Association’s Young Lawyer Division. The same year he was selected to present on wrongful death lawsuits against governmental entities before The State Bar of Georgia’s Annual Convention. Mance was among the youngest presenters selected. Mance has been featured on Magic 103.9’s Gospel Morning Show, Magic 103.9’s R&B Morning Show, W-TOC, WSAV, WJCL, and other Savannah news stations as a commentator or participant concerning high profile legal cases. In 2015, Mance completed the Georgia Trial Lawyers’ Association’s Leadership Education and Advanced Development Program, a program that selects the best and brightest young trial lawyers in the state for its graduates.

In fall of 2014, Mr. Mance served as a visiting professor of law at Morehouse College where he lectured on topics related to his practice. It is believed that Mance was the youngest college professor at Morehouse during that time. He has also lectured on wrongful death civil rights trials at Savannah State University, in addition to conducting community-based workshops on general topics relating to personal injury. In addition, he has presented to groups such as the Georgia Vocational Rehabilitation Agency on topics such as workers’ compensation and workers’ rights.

Mance is also a 2012 graduate of the University of Georgia School of Law where his trial team won the largest invitational trial advocacy tournament in the United States in 2011, The Buffalo-Niagra Mock Trial Invitational. While at Georgia Law, Mance was awarded the Weinberg, Wheeler, Hudgins, Gunn & Dial Outstanding Mock Trial Advocate Award. He was a dedicated member of BLSA and was voted as “Most Likely to Become a Supreme Court Judge”. He also co-founded the Georgia Association of Law and Politics which now hosts an annual conference on legal and political issues across the state. Mance believes that the law is a tool meant to influence people to help others. He has devoted his practice and work to fighting for the seriously injured and down-trodden.