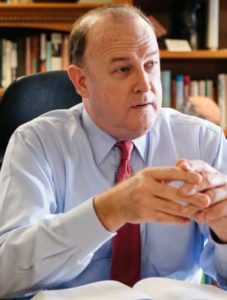 Doug Beam is a trial lawyer, and has been since 1985. He’s handled thousands of personal injury, civil, and criminal cases. Doug understands the importance of taking cases to trial and holding large institutions and corporations accountable for their actions.

Throughout his career, Doug has achieved numerous multi-million dollar verdicts, settlements, and judgments in cases involving brain injuries, deaths, and other catastrophic injuries. On a daily basis, Doug fights against insurance companies and corporations who undervalue his client’s injuries or do not accept any responsibility for the damage done to his clients.

In 2012, Doug helped his clients attain a $28,500,000.00 verdict in a brain injury case, the largest verdict of its kind that year. Before trial, no money was offered by the defendant to settle this case. In 2014, Doug settled a case for a confidential amount where a baby was run over by a commercial vehicle, resulting in brain injuries that will last for the rest of the child’s life. In 2015, Doug represented a man who was hit by a car going 45 miles per hour while he was on his motorcycle sitting at a stop light. The impact launched his client from the motorcyle, with such force that his helmet went off of his head, and suffered facial fractures, broken bones in his arms, shoulder, and chest, and a traumatic brain injury. This case was settled for a confidential amount before trial. While these are just a few recent examples, Doug’s work spans over decades and include motor vehicle collisions, civil rights, trucking, aviation, premises liability, slip/trip and falls, negligent security, nursing home negligence, medical malpractice, and many other personal injury incidents where his clients suffered paralyzation, brain injuries, life-long physical and emotional injuries, or death. Read more about results from Mr. Beam’s cases.

Doug is not afraid to use innovative techniques to try his cases, beginning back in his days as a prosecutor in Brevard County, where he tried one of the first ever DNA prosecutions in the United States and also founded the Child Sexual Abuse Prosecution Unit in Brevard.

Doug was named a Top 100 Trial Lawyer by The National Trial Lawyers, is AV Rated by Martindale-Hubbell, is a member of the Melvin M. Belli Society, and is past President of the Brevard County Bar Association.
Doug graduated from the University of Tennessee College of Law (J.D.) where he was Assistant Editor and Staff Member of the Tennessee Law Review, Editor of “The Forum,” and recipient of the Dean’s Citation for Extraordinary Contributions to the University of Tennessee College of Law.

Locally, Doug is very active with his church. He has been happily married since 1983 and has two sons, Riley, who works with him, and Nathan, an accomplished musician and marketing guru.