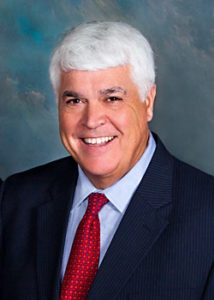 John Romano is a senior partner at Romano Law Group, in West Palm Beach, FL. He is board-certified as a civil trial advocate by both the Florida Bar and the National Board of Trial Advocacy.

He is a member of the Trial Lawyers Hall of Fame and one of America’s most sought after speakers about all aspects of trials. He is the Past President of The National Trial Lawyers, The Melvin Belli Society, The Southern Trial Lawyers Association and The Florida Justice Association. He is a former Chairman of the ATLA National College of Advocacy. Mr. Romano is the editor of the book The Anatomy of a Personal Injury Lawsuit.

He was chosen to Florida Trend Magazine’s 2006 and 2007 “Legal Elite” naming Florida’s top 1.5 percent of lawyers as chosen by his peers; named one of Florida’s 2006 – 2017 (every year) “Super Lawyers.” He is a Fellow of the International Academy of Trial Lawyers and the former Chairman of the ATLA Criminal Law Section.

John Romano is also a co-founder of Vive Verde, Inc., a firm devoted to the design and construction of environmentally friendly, green, “LEED-certified” and “living” office buildings for law firms.