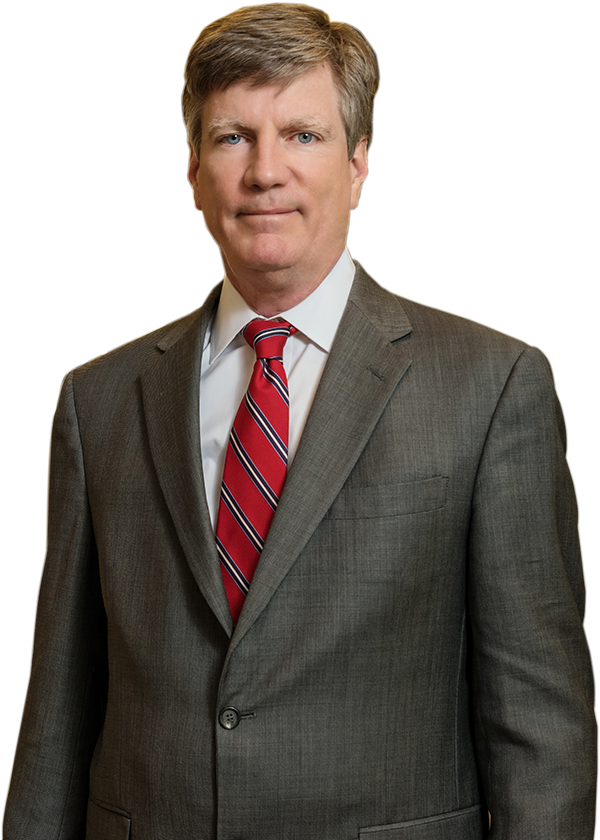 Kevin is Board Certified in Personal Injury Trial Law and Civil Trial Law by the Texas Board of Legal Specialization. Kevin is also an FAA-licensed pilot, enabling him to fly the firm’s TBM airplane whenever necessary without the need to hire a third-party pilot.
Kevin opened his own law office immediately out of law school and began handling personal injury cases. That early success gave Kevin the opportunity to work on many other significant cases, and he has been lead counsel in many multi-million dollar civil cases.

Kevin’s dedication and service to our clients is captured by numerous awards over the years. He has been selected to Thomson Reuters’ Texas Super Lawyers list continuously since 2004 . Only 5% of attorneys are selected. He has also attained AV Preeminent status by Martindale-Hubbell. The AV Preeminent rating demonstrates that a lawyer has earned the highest rating available for their legal ability and professional ethics. Kevin is also a member of the Million Dollar Advocates Forum. The forum is limited to only those attorneys who have won million-dollar verdicts and settlements.