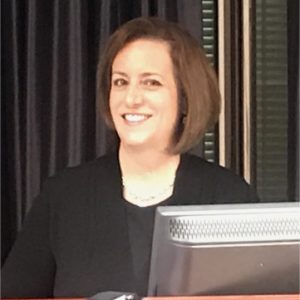 Prior to co-founding CaseMetrix www.case-metrix.com Kimberly White had 27 years experience as a Litigation Paralegal. After earning a degree in Paralegal Studies in 1982, she worked at an insurance defense firm in North Carolina before relocating to Atlanta in 1984. She began working at an Atlanta insurance defense firm, then known as Fain, Gorby, Reeves & Moraitakis, in 1984, and remained with that firm until 1994. At that point, she began a 15-year freelance career in which she assisted many prominent plaintiff and defense firms in metro Atlanta.

Her specialties have included motor vehicle, trucking, premises liability, products liability, medical malpractice and pharmacy malpractice. She co-founded CaseMetrix, a settlement & verdict database, in 2009. That company has since expanded throughout the Southeastern US and is utilized by both plaintiff & defense firms. Kimberly has lectured extensively to Attorneys, Paralegals and insurers sharing her unique perspective with both sides of the Bar.