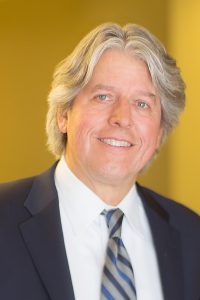 Mark Kosieradzki is a nationally recognized trial lawyer from Minneapolis MN. His 40-year career has spanned a vast array of cases throughout the United States.

Mark’s landmark civil right case on behalf of an incarcerated woman resulted in the application of section 1983 protections to detainees.

His work on sexual abuse was featured in a CNN series on Rape in Nursing Homes. Click Here.

The Minneapolis Star Tribune has described him as “one of the nation’s most feared elder abuse litigators.” Click Here.

The Trial Lawyer Nation podcast featuring Mark’s philosophy as a trial lawyer and as a person has inspired lawyers throughout the country. Click Here.

Mark is well known as one of the country’s leading authorities on deposition technique, strategy and law. He is the author of 30(B)(6): Deposing Corporations, Organizations & the Government, published by Trial Guides. His AAJ Press book Deposition Obstruction: Breaking Through has been described as the horn book for dealing with deposition obstruction.

When Mark turned 50, he had a midlife crisis and started playing the blues harmonica. At 63 he took up salsa dancing in Havana.