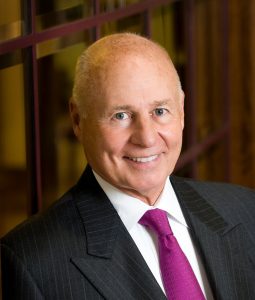 Tom Girardi is the past president of the International Academy of Trial Lawyers (an organization limited to 500 lawyers in the country) and is a member of the Inner Circle of Advocates (an organization limited to 100 lawyers in the country). He was the past national president of the American Board of Trial Advocates. He has been listed as one of the top 100 lawyers in California by the Daily Journal legal newspaper – one of four lawyers listed since the list started 16 years ago. Mr. Girardi is also the first trial lawyer to be appointed to the California Judicial Council, the policymaking body of the state courts.

He serves as a trustee appointed by the Senate for the Library of Congress. He was inducted into The American Trial Lawyers Hall of Fame-2014. 2015 Super Lawyers – 65,000 California lawyers were polled…he was voted #1…the same in 2016, 2017, and 2018. President for the Litigation Council of America in 2016 and currently president of the National Trial Lawyers. Recently awarded “Best Lawyer” and “Man of the Year” as well as “Lawyer of the Decade” and “Business Innovator of the Year” by the International Association of Top Professionals.