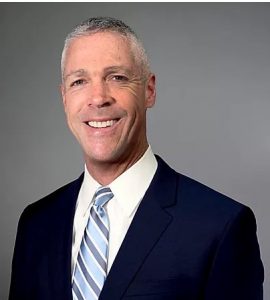 Mr. Romano received his B.A. degree in Sociology from the University of Iowa in May of 1995. Mr. Romano then enrolled in post-graduate studies in Psychology while completing his final season as a scholarship student-athlete (place-kicker and punter) on the Iowa Football Team, where he played for the legendary college football coach, Hayden Fry, and he ended his career after the 1995 season in 18th place on the all-time Iowa Hawkeyes scoring list as of his final game. Mr. Romano then enrolled at the Stetson University College of Law in the fall of 1996, and he received his J.D. degree from Stetson in May of 1999. After earning a commission as a Second Lieutenant in the United States Marine Corps during the summer of 1998, Mr. Romano then began his active duty tour in the U.S. Marine Corps in the fall of 1999.

Upon successful completion of the U.S. Marine Corps’ Basic Officer Course in Quantico, Virginia in June of 2000, and the Naval Justice School in Newport, Rhode Island in October of 2000, Mr. Romano reported to his duty station at Camp Pendleton, California, where he served as a Judge Advocate. Mr. Romano began his Marine Corps legal career as a Civil Law Attorney, where he conducted and oversaw criminal and civil investigations, drafted policy and opinion letters on government ethics and standards of conduct, and conducted legal review of requests for information under the Privacy Act and the Freedom of Information Act.

Mr. Romano was then appointed as the Head of the Claims and Investigations Section of the Civil Law Office, where he conducted, reviewed and oversaw various criminal and civil investigations, as well as claims brought by and against the United States and the U.S. Marine Corps under various Federal Claims Acts, including the Federal Tort Claims Act. Mr. Romano was then designated to serve as a Trial Counsel (prosecutor) where he prosecuted a wide variety of over 120 criminal cases under the Uniform Code of Military Justice. Upon receiving an honorable discharge from the U.S. Marine Corps on July 1, 2003, Mr. Romano returned to Florida and joined Romano, Eriksen & Cronin, which became Romano Law Group in May of 2007.

Mr. Romano is a member of the American Association for Justice (formerly ATLA), and he is an EAGLE member of The Florida Justice Association (formerly The Academy of Florida Trial Lawyers). Mr. Romano is also a member of the Southern Trial Lawyers Association, the Association of Plaintiff Interstate Trucking Lawyers of America (former President), The National Trial Lawyers where he served as the president of the organization’s Top 40 Under 40 and is honored as one of the organization’s Top 10 Trucking Attorneys, and the Palm Beach County Justice Association. He is admitted to the Florida Bar, the U.S. District Courts for the Middle District and the Southern District of Florida, and to the Supreme Court of the United States.

Mr. Romano lives in Royal Palm Beach with his wife, Sarah, their daughters, Ava and Mae and their son, Will.